Save 20% on the Collection during the month of March! The Trinity design of three knots is found across cultural landscapes. It's unity, the One, dividing into three, the masculine and feminine. For the Celts, the trinity knots symbolize the mother, maiden and wise old women; the three realms of earth, heavens and the underworld; and past, present and future.
(34)
Show per page
Sort By 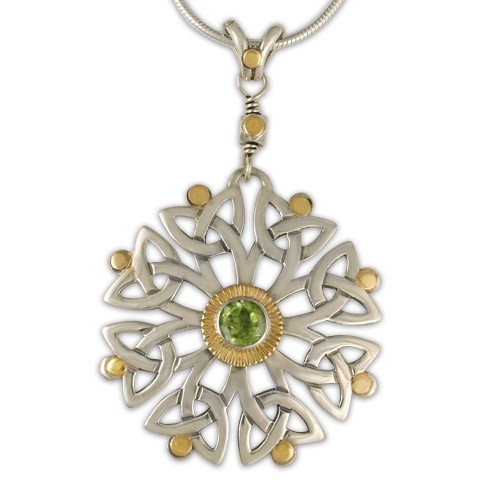 With our Arbor Dangle Pendant, a collection of Trinity knots create a choir of angels crowned with golden halos. A faceted gem is surrounded by a striated golden circle. The design is not only rich in symbolism, but is also a fine artisanal piece of jewelry. 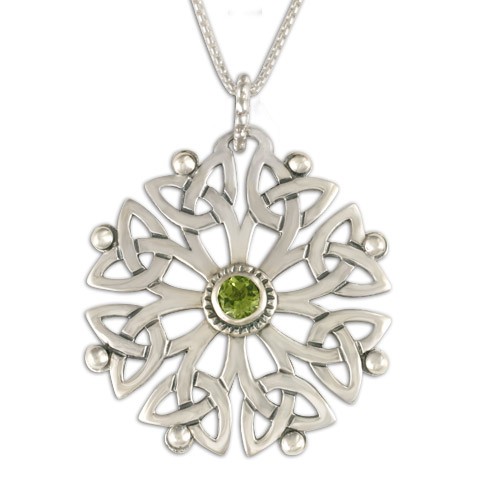 This Sterling Silver Pendant comes with your choice of 16, 18 or 20" chain. Shown with a Peridot gemstone. 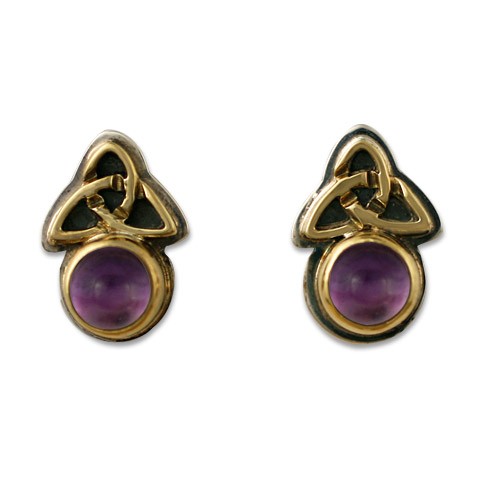 On these delicate earrings, 14K gold trinity knot motif is accented by a 6mm Garnet set in a 14K gold bezel. The design represents the maiden, mother, and wise old woman, earth or the heavens and the underworld. 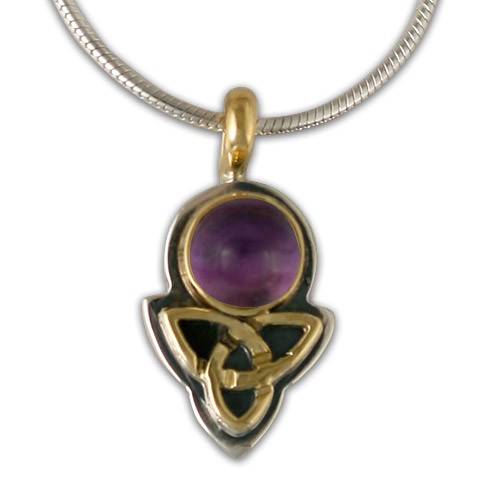 A solitary Trinity knot below a spherical gem creates the Aria Round Pendant. The knot is handmade from gold, as well as the bezel that frames the gem. The entirety of the piece sits upon a sterling silver foundation. 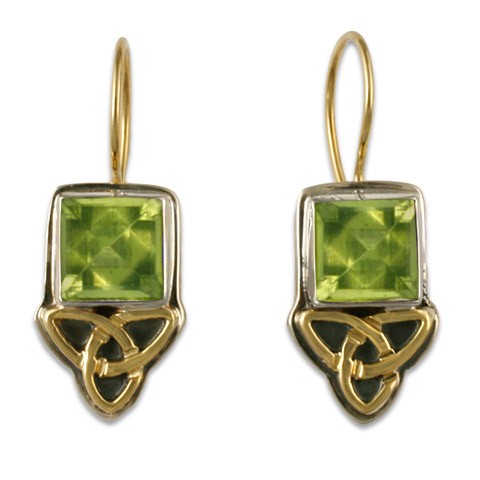 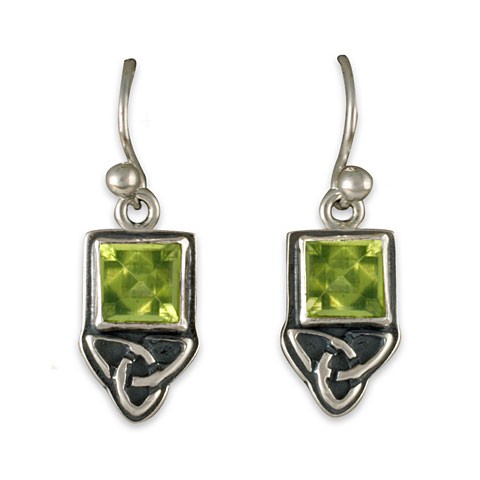 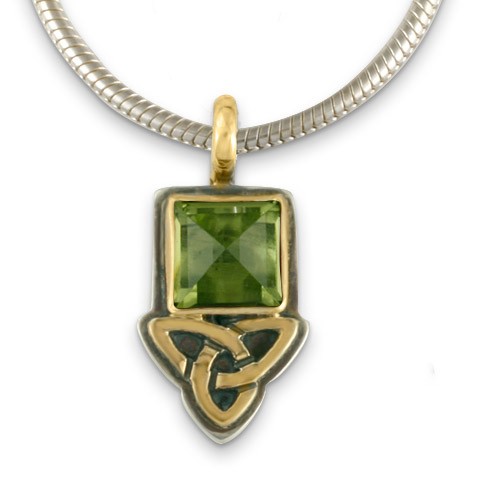 A solitary Trinity knot and a square gem create the Aria pendant. The knot is handmade from gold, as well as the bezel that frames the gem. The entirety of the piece sits upon a sterling silver foundation. 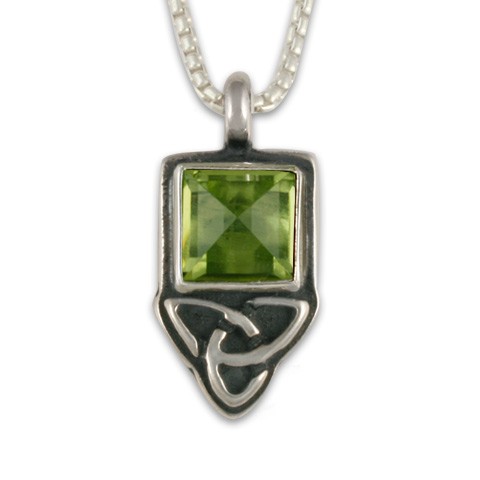 Helen's Aria Square Pendant, features the trinity knot. This very popular knot symbolizes the ancient Celtic mythology of the maiden, mother and crone; earth, heavens and the underworld; the past, present and future. 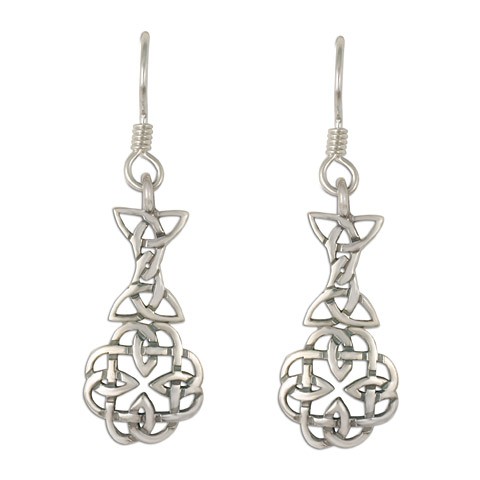 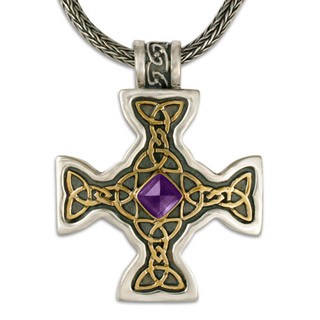 This powerful pendant has a plethora of intertwining gold Trinity knots with a green Tourmaline gem sitting at its center. The name is inspired by the Irish Saint, Columba, who wandered Scotland during the 6th century. Shades of Tourmaline will vary.