The Life and Visions of the Real St. Patrick 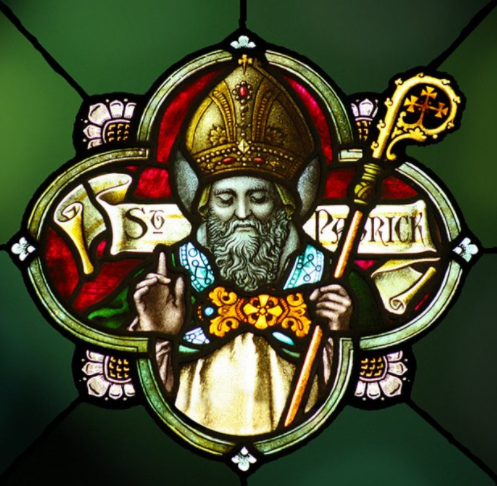 While millions around the world celebrate St. Patrick's Day every March 17, the sad fact is that Patrick has never been canonized by the Catholic Church and is a saint in name only.

As writer Ken Concannon stated: "There was no formal canonization process in the Church during its first millennium. In the early years of the Church the title saint was bestowed first upon martyrs, and then upon individuals recognized by tradition as being exceptionally holy during their lifetimes.

“Consequently these Irish saints, including St. Patrick, were never actually formally canonized — save one. The exception was Fergal, also known as St. Virgil of Salzburg, an 8th-century missionary scholar who was officially canonized in 1233 by Pope Gregory IX. Virgil is one of only four Irish saints to be canonized by Rome.

Patrick was the first major figure to reject slavery. His genius was bringing together the old pagan traditions and the new religion together in harmony in Ireland in the 5th century.

One legend has it that Patrick taught using the shamrock, an important symbol that links the trinity with the "Triple Goddesses" of pre-Christian Ireland: Brigid, Ériu, and the Morrigan. Though not much is known about real St. Patrick and his life, he did write two letters which outline his travels and recount some of his experiences. He was born in the early fifth century Cumbia, a region of Roman Britain. His father was a deacon and his grandfather, a priest. When Patrick was about sixteen, he was captured by Celtic pagans and carried off to slavery in Ireland.

He writes that during his years of captivity, he prayed daily and his faith grew strong.  After six years, he heard a voice telling him that he was soon to go home and that a ship was waiting for him.  He fled his master, traveled to a port two hundred miles away, found a ship and journeyed home to his family in Britain.   He was now in his early twenties, and he became a cleric.

A few years later, Patrick had another fateful calling. In his own words, he recounts the vision: I saw a man coming, as it were from Ireland. His name was Victoricus, and he carried many letters, and he gave me one of them. I read the heading: "The Voice of the Irish". As I began the letter, I imagined in that moment that I heard the voice of those very people who were near the wood of Foclut, which is beside the western sea—and they cried out, as with one voice:

Patrick returned to Ireland and did not have an easy time. As a foreigner, he lacked the customary protections of kings and clans. Though he baptized thousands of people, ordained priests who would lead Christian communities and even converted sons of kings, he was also robbed, beaten and put in chains. Much of one of his letters, the Declaration, concerns charges made against him by other Christians at a trail.  He writes that he returned gifts from a wealthy woman, and did not receive payment from ordinations and baptisms.

We can infer from this document that he was accused of using his religion for personal gain. There are many layers of stories of St. Patrick, gleaned from other written accounts customary of saints.  One legend has it that he taught using the shamrock, an important symbol that links the trinity with the "Triple Goddesses" of pre-Christian Ireland:  Brigid, Ériu, and the Morrigan.

Just for your information, Patrick mentions nothing in his letters about chasing all the snakes away. According to naturalists, there have never been snakes in Ireland, just as there are no snakes in New Zealand or Greenland. This is simply because snakes are not good swimmers. Patrick died either in 460 or 492.  In any case, by the seventh century, Patrick’s activities were legendary and he was considered the patron saint of Ireland.

Today, St. Patrick’s Day is observed on the date of his death, March 17th. It is honored as both a cultural, folkloric holiday by anyone who is Irish or loves the Irish and green beer. Yet it is also considered a holy day, a liturgical holiday by the dioceses of Ireland who view Patrick’s life as an inspiration.